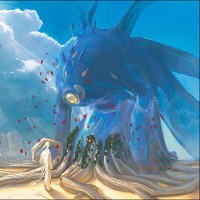 A wide swarm deck infused with the power of Voltron. Aspires to ensure that no card is wasted.

Wide boys become increasingly taller boys until they are the tallest boys around. Summoning four 11/11s per turn for 6 mana every turn is the dream.

I've mostly been playing Abyssian and have mostly experimented with a lot of swarm decks. Still a ways from Diamond, but I'm having fun.

A swarm deck with a heavy emphasis on board control that can go wide, tall, or both. Not the fastest, but can hit very hard and be very difficult to shut down if it gets going. Specifically vulnerable to snipe decks such as Songhai spell control and to Underlord Xor attrition battles, but not much else.  Vetruvian blast/artifact decks can also sometimes be a problem but it varies.

The core focus is on generating as many wraithlings as fast as possible with your Bloodbound Spell and buffing them to shit. This works surprisingly well even without Bloodtide Priestess, but those can also be used if desired.  Since Bloodtide Priestess can be removed more easily and requires a setup to generate wraithlings, focusing on the BBS is in practice often cheaper and faster, especially in early game.

Bastion is also surprisingly useful as it helps keep your minions alive for just one or two terns more on average, later turning them into surprisingly durable tanks. The fact that the buffs from the Wraithling Crowns stack, and are applied to all wraithlings retroactively at any time, is key.  Gor gives you some board summon control in the corners, as well as fueling all your sacrifice spells and otherwise being a nuisance (although it can sometimes backfire on you).  Xerroloth gives you cheap 2-drop 4/4s to help punish spellcasters and fill out empty hands.  Shadow Sister provides a stupid amount of healing mid- to late-game.  Variax finishes the job and makes everything worse for your opponent; get him out earlier using Darkfire Sacrifice if possible.

This deck is very consistent if it isn’t shut down early, and it is best played somewhat cautiously while trying to destroy your opponent’s forces and keep your general healthy.  Fill the center with wraithlings, put your long-term investments in the corners, keep your general near the center, and watch as your wraithlings grow towards godhood.  If the game lasts to turn 9 you are pretty likely to win in most cases, unless your general gets sniped by Songhai spells or your opponent manages an Underlord Xor and floods the board with spam.  But I have also won before turn 3 in some cases where everything went ideally.

Spells are kept to a relative minimum, since they are not the focus of the deck.  6 removal spells, Vellumscry for very efficient mid-to-late game card draw, and Darkfire Sacrifice for a potential early Variax or support minion seems to be about right.  The mana curve is deliberately kept as low as possible for speed and flexibility, and ideally you only lose wraithlings, gors, and cryptographers in trades in the early game wherever possible.

After a lot of debate, I am very hesitantly running a single Doom solely to counter drawn out Underlord Xor and similar stalemate/attrition battle situations, for lack of a better idea.  It cannot be countered and ensures a stalemate ends in your favor eventually.  I have held out for 10+ turns against a Xor flood with this deck, but sadly you can’t beat endless free respawns.  Still looking for better ideas though.

Current concerns include that it may need a second Variax, and also that sometimes your hand can have too many support cards and not enough wraithling generator cards.

The demons of Undervault are plotting a way to conquer Mythron, and only YOU can help them! Build the Gate, unleash the Demons and become the absolute ruler of Mythron

Swarm and kill them before they know what’s happening.