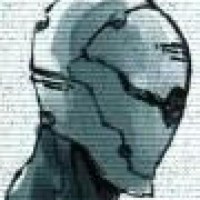 A meme Strategos deck turned into something serious. Featuring fried chickens and 2 mana heals that easily reset your health.

Out of all the newer generals, Brome is probably my favorite (it still took me the longest to level Lyonar to 52…). So I really like to build decks with him. Grand Strategos to me is a fun Trial although you need to fill your decks with minions with subpar statlines. The good thing about them is, that they are fairly cheap. Usually, you puke your hand on the board, advance your trial, play Strategos and hope, you have enough health to outlast your opponent and they don’t have a way to clear your board. Not with this deck! Well, you still empty your hand pretty fast, but you are also settled for the late game with comeback mechanics and heals. The goal is to outlast your opponent, reset your health multiple times and ultimately crush them (or force a concede hehe).

Most of them are indeed standard for a Strategos list. I want to give a quick rundown on the unusual choices.

This card is the shit in this deck. You easily heal for 10+ health for 2 mana multiple times in a game. Your minions are cheap, this card is cheap, play your hand out and heal your smorced face. Aggro decks usually have a hard time against this (unless they have the goddraw, see Replay #1).

Jax, you sonoffabish! So, your hand is empty, but all your buddies stand beside you? Good, now you need a tool to refill your hand. To be honest, I’m not a 100% sold on Fealty, but I like to try it some more. I like it, because it is 1 mana cheaper than Oath, so you can combo it with more cards, and often enough it atleast draws you three cards aswell. If you don’t like it, run oath.

This is your lategame. Best played after trial is finished, since it only revives non-token minions. That means Mini Jax’ and Crestfallen don’t get reborn. After trial is completed though, anything goes! All your tokens transform into actual minions (and battlepets) that are able to live twice! On top of that, you get a guaranteed Excelsious. So place Zurael wisely. In my opinion, this minion is already worth it to play even if does only revive one thing. At worst you get 6/6 with provoke and celerity and a 2 drop for 7 mana.

Araras Prophet is a one of. You can easily play a third Sunrise Cleric. I like to have it. At times it eats removal or takes damage off your face. It lets you draw cards for free and heals. The latter works towards a bigger Excelsious.

As player 1 you obviously want to have a 2 drop. Keep a 3 drop and a probably a Jax Truesight. It is safe to replace Zurael. Other things depent on your matchup. If you face a general that is usually aggro, keep Channeled Breath. Also, sometimes you can threaten their manatile by placing the minion in front of you, since you necessarily don’t need to ramp on your next turn. Depends on your hand.

As player 2 starting with Auroara on tile and Cleric in the middle is always great. So this is something to keep. Cleric and 2 drop is also great. Replace Zurael.

Auroara is underrated for some reason. I had many opponents walk into range of this lion only to take 7-11 damage next turn. Works great with Jaxi, Zyx, Dreamgazer, Jax Truesight and I even had a game where it got buffed with Zurael (See Replay #2).

Channeled Breath combos with every minion. Your board got wiped? Zurael and Breath on nine. Jax and Breath at eight to healt for 10.

Fealty being one mana cheaper also combos more easily with your cheap minions. The key is good positioning.

In general, you don’t want to run your minions mindlessly into the enemy general. Look for good trades, have them survive to capitalize on the turn you play Strategos. If your opponent manages to clear your board every turn, you are doing something wrong or they simply have the answers to your plan. Either way, you’ll have a bad time.

AoE heavy decks clearly are a weakness as are big beefy minions, like Lyonar’s own Ironcliffe Guardian. No straight removal, lets this deck crumble against such minions normally. Also aggro might be problematic, when they manage to prevent you from getting you game started. But to be honest, it is all draw dependent. I had my board wiped and managed to comeback, faced big minions and defeated them and managed to almost outheal double flash decispikes into spikes into bbs, inceptor, fortitude. If they have it, they have it. You have the heal to comeback, you have carddraw and late game, Play thoughtful.

This deck is nothing new. The Lyonar trial is one of the more heavily played trial decks. It is easy to put together and the objective is quite simple. I just wanted to try something fresh and fun. In my eyes, I have accomplished this goal. I love to heal for double digits for 2 mana, overdraw for 3 and get all my minions back when they are destroyed. I really enjoy this list, and maybe you will too! If there is anything you want to know, feel free to ask. Leave a comment or add me ingame, I currently go by the name of Mogry. Take care!

Replays for you to enjoy:

https://play.duelyst.com/replay?replayId=-LauvXMjuK50NuYu72t8 (rewatching this still pisses me off LuL)

ps: The thought of a lot of minions gathering and starting something, inspired the name of the deck, which is quote by former wrestler Jack Swagger. Also, this deck is pretty swag. Peace!

A cheaper version of Strategos Brome. Swarm the field with tiny minions, buffing them with Warblade and Shiro puppydragon, all the while progressing through the Strategos trial until you can promote your minions for awesome value!