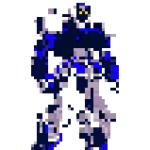 This is a fool-proof way to enjoy wall and Vespyr spam, with the excellent Animus Plate buffs to deliver strong damage bursts. Marked as a "meme" deck because it's unproven at high level, but this is actually a really solid deck.

Open with a string of Gravity Wells and put a Snow Chaser on the enemy side.
Or maybe an early Borean Bear can be buffed nicely with a string of Bonechill Barriers.
Also try to get a Glacial Elemental in a safe place (this guy can be played at any point in the game, with an avalanche of Vespyr spawns it has hysterical damage output).

Dump as many Vespyr minions as possible, and make your board awfully sticky thanks to Animus Plate. A single proc or two is already amazing value.
Vespyrian Might is a backup/surprise at this game stage also, and enabled by Iceblade Dryad (which is just a Mist Dragon Seal with a cool body, use it to bring a backline buffed Elemental).

Sustain your hand with Snow Chaser and Endless Hunt.
Use Reliquarian to sacrifice any minion with 3+ attack for an overwhelming pack of new Vespyr wolves, in case you hadn’t enough already. If you have a Glacial Elemental around when you do that, this will hand you the battlefield on a silver platter. Swing once with Draugar Lord, then hammer his skull into an artifact! He won’t mind and will keep fighting for you in the form of a 4/8 Ice Drake.

Aspect of Ego is basically the slot for a tech card / fun card. Put something you like in its place.
(I went for Ego because I find it fun, it’s not minion removal but synergy removal. Also can be played on Malicious Wisp and Reliquarian… Even though @snowshot has good arguments about the card disadvantage of doing so with the Wisp)

An idea would be Aspect of the Bear instead, that would do well with your walls and also serve as a valid target for Reliquarian.

Or Frigid Corona if you want to thin the deck a bit and add some real draw. Or Hailstone Prison.

In case you were wondering: The Howling Relic spawns from Reliquarian do NOT get instantly buffed by Animus Plate during the same attack, sadly.

To pick the brains of better players:

A take on classic Vespyrs, with a focus on generating multiple bodies.