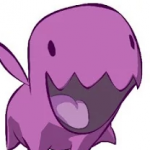 Aspect of the Fox

This deck is oriented towards a midrange control playstyle. Lots of removal options, and battlefield area control using walls with added stat boosts.

This deck revolves around the central combo of Mirkblood Devourer / Lady Locke with wall spawning options. This will herd enemies towards/away from a desired area, while giving potential for board clears. Early game creatures include Borean Bear for the added wall attack bonus, and crystal wisp to accelerate your midgame combos. For late game options, First Sword of Akrane is added for a big body, with the added attack bonus on all other units, as well as the Aspect of the Mountains nuke for clearing out a cluster of healthy enemies. This deck works well against Obelisk Vetruvian, SpellHai burn, and other midrange decks. Where this deck struggles is OTK Magmar, and early aggro decks. This deck consistently does well on ladder, especially with a board control mindset. You really have to think where your opponent wants to go, and lock them in or prevent their first and second options. This deck has gone through multiple iterations, and don’t take the current state as how it has to be. Other options like Primus Fist, Voice of the Wind, and Hearth-Sister all also work in this deck as well. Hopefully you can have some fun with this deck, its a pretty fun one.