The Sound of One Hand Clapping 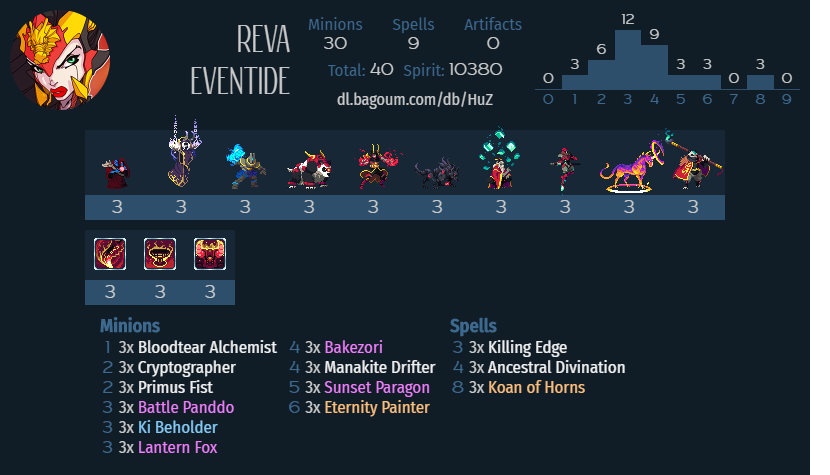 Koan is one of the oldest memes. The deck was bad back in the day and even worse now: multiple free Gore Horns does not a real win condition make. But it’s hilarious if you can pull it off.

The deck needs to be mostly minions to better support Koan. Hence, the gameplan is to control the board with minions until you can Koan and hopefully overwhelm your opponent with Gore Horns.

Copies after the first are still fine, since they draw you three more cards.

Post-Koan, you’ll want to draw as much as possible so as to keep the board flooded with Horns.

Drifter is a bad card, but the curve of it on 4 mana into Koan on 8 when it finishes building is too cute to pass up.

A variety of removal (or things that produce removal) on a stick.

A little like Ox – control the board with creatures until you reach the lategame. Then Koan and attempt to overwhelm your opponent with free 3/3s, chaining draw spells to keep the pressure on.