Ascend without the help of N.O.S.E. 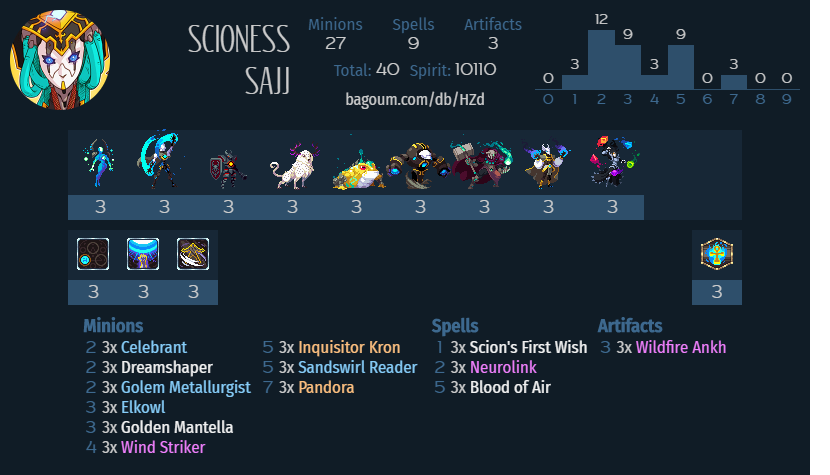 Neurolink is a card that sees fring play in N.O.S.E. decks: when combined with a Flying minion (usually Dragonlark or Wind Striker), it lets you teleport your general to the opponent’s starting column for an easy Trial completion. (See for example Alplod’s old take here). But this is only scratching the surface of what Neurolink is capable of. Thanks to Elahn for the idea.

Minions which produce tokens with keyword abilities. Here’s a breakdown of what you can get:

Mantella – Dex (Celerity), Oni (Forcefield), Ubo (Flying), Fog, Rok, Sai. 3/6. Only half are useful, and all are bad minions when you actually play them to the board, in addition to the tempo loss of the 4/2 in the first place. But they only cost 1, so you can easily hold them until a Link turn.

Pandora – Wrath (Celerity), Envy (Ranged), Rage (Frenzy), Serenity (Flying), Fear (Provoke). 4/5. Best odds of getting something good, but since they spawn at end of turn you risk them getting removed before you can Link them. Pandora is a sweet card though.

The good Vetruvian cards that let this deck actually kind of function. These are all Vetruvian/Sajj staples, Striker is particularly nice since the attack boost makes your Link turns much better.

Play a normal tempo game and get value from your token producers. Neurolink is best saved as a surprise effect. While it’s inconsistent, it has the potential to do a lot depending on what effects you have on the board at the time.