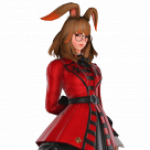 Tempo/Midrange Vanar was historically the best deck of Patch 0.60 in Duelyst. This deck continues that legacy, however playing this deck is mentally exhausting to play. My friend described it as, “Sitting through a 20 minute combo in Yu-Gi-Oh only to hit concede”. This is due to the fact that this deck lacks any ways to close out the game and instead aims to build a big board and spam Archons. (Mid Vanar is also historically really hard to play!!!!)

I climbed to Silver 12 with this deck because I only had 1 day to ladder. I have beaten NowayitsJ, Solafid and Eurasian Jay with it so I can say I could easily climb higher if I had more time.

The main game-plan is to position aggressively to force the opponent into giving Snowchaser value and to lose tempo. You out tempo = you win. As this deck is so high tempo (You only need tempo to beat Songhai!) I have considered cutting Emerald Rejuvinator however I fear god so I wish not to do so.

If you don’t get the concept of Tempo:

Aspect of the Fox is good, Krazed didn’t like it but he runs a much slower list with Cryogenesis and without Dancing Blades so this type of removal is worse for him.

Dustcrawler, Emerald Rejuvinator and Zen’rui The Blightspawned are all techs vs Songhai. Dustcrawler and 1-2 Rejuv could be cut for dif techs but Zen’rui can’t with this much Songhai.

Snowchaser is my only card draw, also functions as a nice curve filler and gives this deck a neat identity and playstyle.

Archon Spellbinder is played over Jax Truesight as I don’t want to lose to random Ghost Lightnings. Additionally it gives me a significant amount of deckspace to run techs. This may however come at the cost of your sanity, I’ve seen this deck go to deckout. It does mean that you lose to other Jaxs tho.