One ping may have been enough for Sean Connery, but not for us. 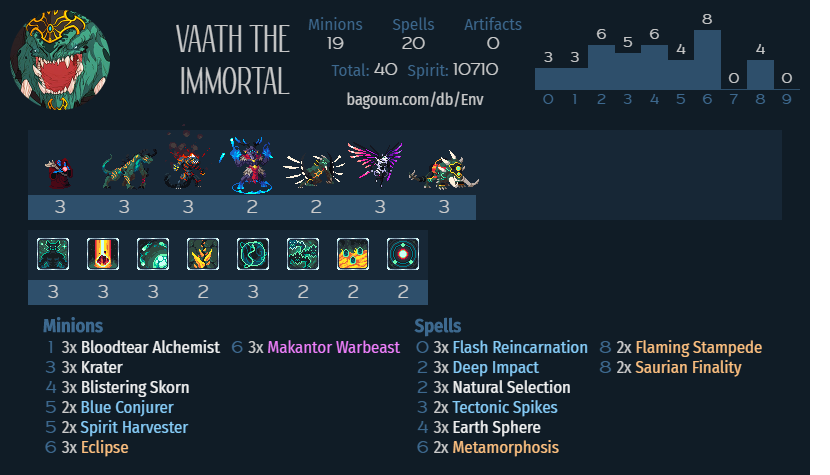 Provide pings, which add up on their own and synergize greatly with your other cards.

Big life chunks that relieve some of the hurt you put on yourself.

A mix of standard Vaath removal options and more out-there choices. Impact and Metamorphosis are deadly when combined with any of your ping effects.

Card advantage. Conjurer is an unorthodox choice, but surprisingly effective.

Flash is great in almost any deck with minions. Eclipse gets you bonus face damage from all your pings, and is usually lethal with Stampede.

Despite the unusual cards, your gameplan is mostly standard Vaath – remove everything, heal when necessary, and hit face. Your removal is good against different things than normal, which can catch your opponent off-guard. Eclipse gives you the potential for a combo finish.