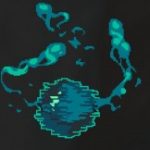 Tentickles here. Magmar one-trick playing since 2016. Been hitting Diamond or higher since I started playing and reach S-rank whenever I decide to commit time to it. However, over the last year many things have made me somewhat weary of the game as a Magmar main. Nowadays, I just rush to Diamond 5 every season for the rewards and then call it until the next month. This deck here is something I came up with back in March 2018 and have had fun adjusting it slightly every so often to match the changing meta. I would like to think of myself as the reason Sworn Avenger sees any play at all.

The deck is easy to understand from a glance. The main players are Rancour and Sworn Avenger, two cards that gain increased attack the more your general takes damage. The deck is therefore composed of minions that assist in dealing damage to our general as well as some basic means of making sure we trade positively when going face. There is a surprisingly high amount of damage that can come straight from our action bar in a way that double-dips to synergize with any board state we already possess. Because of the way minions that do damage to our own general are balanced, we are able to constantly pump out minions that are capable of making value trades and will require the opponent to spend a great deal of resources to keep our growing threats down.

A card that gets stronger over time but has a huge drawback. Rancour is scary when first placed on the board. If the opponent does not expect it, it can be followed up by a massive burst combo with something like an Elucidator. However, Rancour is slow in both tempo and positioning. Magmar does not have the means to move minions around so at best, you will use Rancour to either soak up the opponent’s valuable removal or force them into positions that are more favorable to you. Even if this thing survives the early game, do not think about putting all your eggs into one basket if it is out of position. This thing is a walking bomb. You win if it reaches the enemy general but anything can happen on the way.

If you have this in your opening hand as Player 1, always open with it. Also, always play around Betrayal in Abyssian.

Like Rancour, this card is very slow. It excels in its ability to control the board for as long as it lives. With the cards in the deck that help to increase its attack, this thing is potent the first turn that it can start shooting. However, Avenger is an even bigger removal magnet than Rancour.

If you have this in your opening hand as Player 2, always open with it.

Let me tell you a secret: even though the deck revolves around minions that damage our general or derive value from the damage our general takes, the actual win conditions of the deck are not actually Rancour or Avenger. Those two merely capitalize on the already high burst damage provided by Flameblood Warlock and Elucidator. Both are cheap and can directly damage the enemy general from a fairly good range. Most of the time, your lethals will come from the burst out of these two cards. If you have a Rancour or Avenger on the board already, even more so.

Be careful of draw situations. If you need to play both Elucidator and Flameblood to achieve a Win or a Draw, always open with the Elucidator.

I like to play a little more aggressively so I choose these cards that give me just a little more value in the early game. I give some suggestions about what you can replace them with but ultimately all of them can be swapped out for completely different cards according to your tastes.

A cheap buff that can help you clear some pesky value minions in the early game. Also gives your board more flexibility when working around Natural Selection or Plasma Storm.

Not going to lie, this has been my favorite Magmar card since its release. +1 attack and a minion stun allows your general to handle up to two enemy minions in a single turn. +1 attack is valuable in this deck that relies on going face a lot and the stun can be used to either punish your opponent’s positioning or buy time to deal with tougher enemies later.

Helps clear swarms maybe 50% of the time. Aside from that its a fairly decent ping with an okay body.

This card has the third-best statline of any three-drop available to Magmar. In addition to its good value, the Dying Wish allows us to buff Rancour and Sworn Avenger. If I want to include another minion that deals damage to our own general, I need to consider adding more health sustain options first.

This deck performs well against Wanderer. As with any other matchup against Wanderer, having a good understanding of what removal options are available to the opponent will help you immensely. Because of their composition, Wanderer decks can often fail to efficiently remove an aggressive Elucidator or a well-positioned Avenger, either of which can grab you the victory from the get-go. If you hide your cards right you can even kill Wanderer the turn it hits the board and still keep the tempo.

A good matchup that requires more aggression and attention to positioning. Keeping Avenger out of range of Ephemeral Shroud gives you all the control you need throughout the matchup. Plasma storm comes in very handy as it goes along. Try to hold on to one for turn 5 when the opponent can play a Jax Truesight. Quite often the match will be won or lost before the trial completes depending on how much pressure you are able to keep.

This could really go any way. Abyssian has many long ranged removal options that can clean out our Rancours and Avengers but that doesn’t mean playing them doesn’t have value. The best option here is often to ramp our general’s attack up as much as possible and keep the tempo with our burst options always available to threaten the opponent.

I hate the Vetruvian and the Vetruvian hate me. The issue this deck faces is that to make the most of the early to mid game, something has to survive on the board. Vetruvian possesses many tools to keep the board under control. The highest health any minion in our deck possesses is four which makes this even easier for the opponent to capitalize on. Combined, with the fact that our deck possesses no single late game threats or comeback mechanics, a victory will require the opponent to be very unlucky with their removal.

Another difficult matchup that requires a very good early game. Krater and Plasma Storm are good but if you can not establish a board by the time you need these, they are tempo negative as the opponent will benefit more from a neutral state at mid game mana levels.

In lack of adequate (non-budget) entries on Divine Bond (in my mind) I decide to add my take on it.