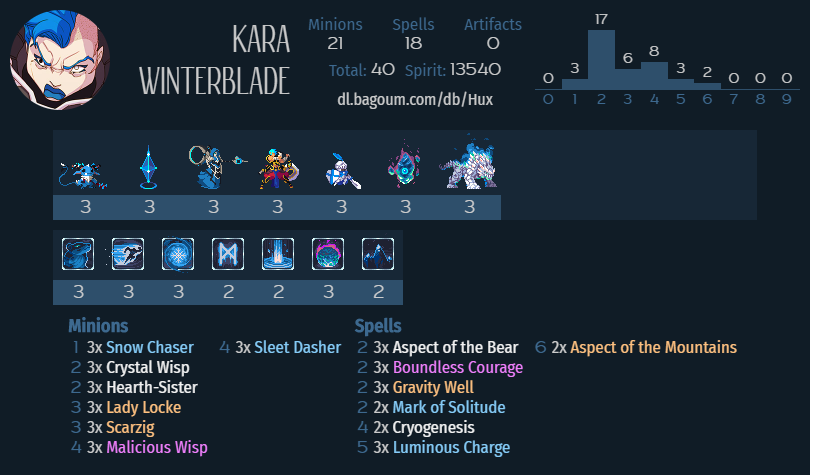 Scarzig is so fragile. In order to have any hope of flipping him, you need to play him as safely as possible, and then rely on some buff effect and/or repositioning in order to allow him to actually kill something. This is not easy to do, and causes card disadvantage, but Feather Knight is so powerful that sometimes it can still win you the game.

Another minion that benefits from a lot of the same setup tools, and so makes it in to many of the same decks.

Ideally you want some cheap temporary buffs, so as to not waste the value of a full card when you go to flip. In some cases you can even use buffs with downsides that are lost when Scarzig transforms.

Opponents will never leave minions within hitting range of Scarzig if they can help it, so you’ll often need these to pull something in for the kill.

If you’re desperate, you could include a card like this to ensure you have some Scarzig food. It’s risky, though.

Lyonar – In a swarm shell, Scarzig can benefit from global buffs so as not to suck up all the value of a card by himself. Decklist here.

Songhai – The one faction in which this strategy can be actually competitive, thanks to the instant activation effects. Decklist here.

Vetruvian – Kinematic Projection allows you to snipe something with Scarzig from a safe range, and the immobility no longer applies to the transformed Feather Knight. Decklist here (credit Cloudfrog for the original idea).

Abyssian – Has some synergy with the in-faction swarm and debuff cards. Decklist here.