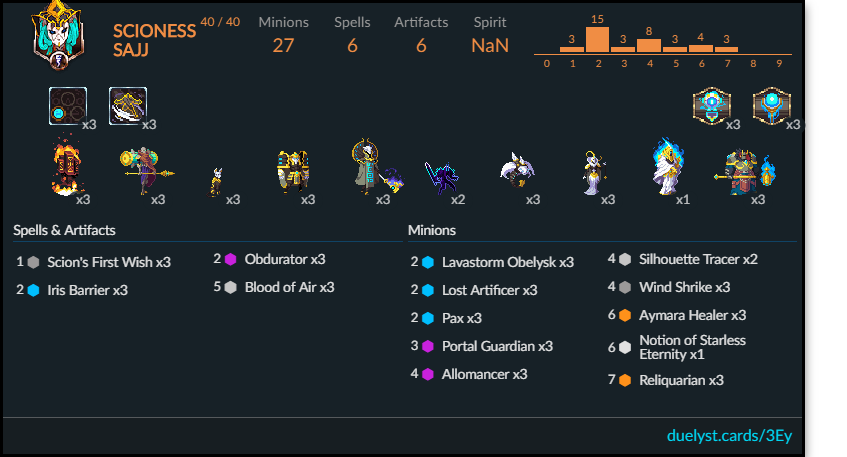 I created this deck when Reliquarian was released, I have since adapted it for each new expansion. It was bad then, it's bad now. However out of all the decks i've created and played over 33 seasons it is by far my favourite. IGN: TickleMyPelvis

Your first goal is to Finish the quest by any means necessary, this is the hardest part. Next use Reliq on a VETRUVIAN MINION, not a NEUTRAL MINION.

Ideally you will have an Iris barrier equipped so you can now fly around the map recurring your deceased minons, each of which have been selected to grant as much value as possible for their cost when recurred (except silhouette tracer).

Recurred minion buff Portal guardians Attack, and if a Portal Guardian is recurred then it too gains the bonus attack of any other recurred minions.

Fault list piloted by Spammernoob in the playoffs of the Meltdown League.