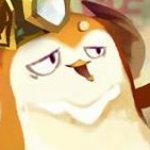 Just a old abyss creep deck to grind through silver/gold to diamond Im a old player from long time ago so i dont have any trial decks etc, only used vet and abyss to grind

How to use the creep abyss deck:

Shadow nova was in every creep decks in old days as 7mana end game card, but now is only 4mana cost for a 2×2 area only deal 1 dmg if you are on it which is bad. Its too slow for building up creep, bbs is even better with the “owl” mentor.

For me this deck is like a tempo deck more than a creep deck, creep is just a end game tool for you to kill yr opponent.
Try to keep any 2 drops for early game, crawler is also yr best bet for getting creep asap. If you only have like bloodtear in your hand, you actually keep dat one dmg for killing anything 3 health in your early game, we are a control focus deck more than aggro. Dat 1 dmg killing off minions are more important than hitting faces. Try not to kill off yr 2 drops minions by hitting enemy general also, protect them most of the time so you will have minions to trade with opponent minions. (dats why i have gloomerchaser instead of cryptographer also)

In mid game, try to find any 5 drops/klaxon in yr hand to throw it out. Its used for stalling getting more creeps/asking yr opponent using removal on them. If they cant remove it, ofc hit their faces with it lul
LB should be always keep in hand coz so many cards buffing minions these days. Skorn is against wrath abyss/arcanyst hai etc.
Groovekeeper is against bonereaper coz some trial decks are using those, is a tech in this deck. Also good vs budget lyonar and some frenzy minions.

To the end game, hope the rng likes you and give you bunch of creeps to work with, or stalling till the end of time, especially facing hai those face pace decks. You dont focus creep actually when you are facing hai, you see my decks have bunch of heals, dats anti aggro also, and inkhorn gaze for killing off any 2 health minions, even 3 health coz you can also ping it with yr bbs to finish it off.
Tips: facing hai, desolator is a 1 must keep in yr mid/late game, you can also bbs yr own desolator to make it return to yr hand and throw it out again for more heals. And it prevent ppl using onyx seal on it.

Cons:
Every deck has some bad matchup. This deck is good facing wanderer trial magmar etc, but bad against dead wish trial abyss coz you cant kill off their minions in mid late game. Semi ok vs wall vanar but ok with aggro vanar, ofc dat means if you can get yr heal. Sometimes i never get any heal even in the 6mana period so….ya, dat happened LUL

I feel i miss out so many things about this deck but….i typed it during my work time so :^)…. feel free to say anything about it. I only used this creep abyss deck and a standard vet grinding diamond. Only took 5-6 days from silver to diamond so i think its good just giving out ideas about creep abyss since i didnt see any players on the ladder using it

Basically; this deck almost always leads up to Ghost Azalea. With munch and desolator for heal. Obliterate is a last, last resort.