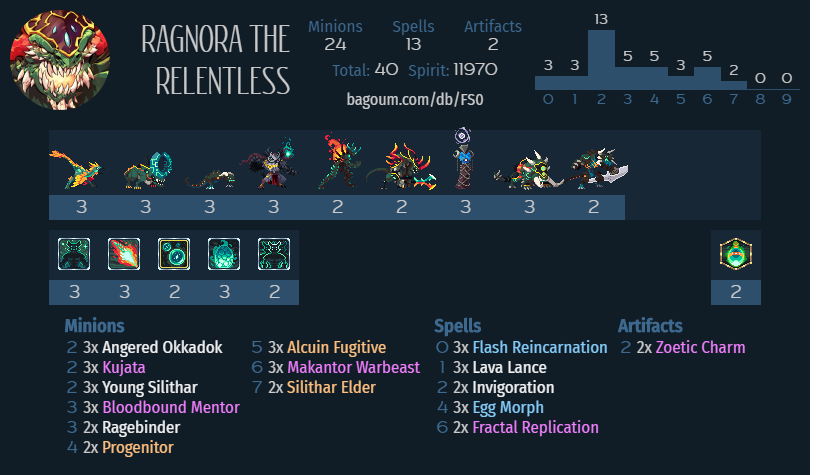 I have reached 1k days visited on the Duelyst forums. So time to post a deck.

The deck idea is to create a Magmar intensify deck. Namely Okkadok and Invigoration. Hence the deck name.
To use Invigoration I added Fugitive. If Fugitive sticks then you are almost immortal. Flash is added to get Fugitive out earlier. Fugitive can even give back a copy of Flash.
To use Okka I added Progenitor and Fractal.
For the intensify effects to work, I avoided making the deck super fast and made a relatively slow deck.
While rare to win by intensify effects and Fractal, it is fun when it happens. Things get crazy when you Fractal a Fugitive.

Fugitive + Lava Lance spam, because Lava Lance is supposed to be OP so you got to play it a million times.
Forcefield eggs (Zoetic Charm) and spamming eggs.
And Silthar Elder, the newest addition to the deck. Surprisingly I seem to be winning much more after adding the almost forgotten Elder. Guess it makes sense that a slow powerful finisher works in a slow deck.

Win rate after including Elder

So for whatever reason I’m magically winning with this fun deck. So I decided to show this deck.
Enjoy your day.