Part of a series on neutral meme archetypes that can be played (with variable amounts of success) in any faction.
Part 21: Ion OTK. 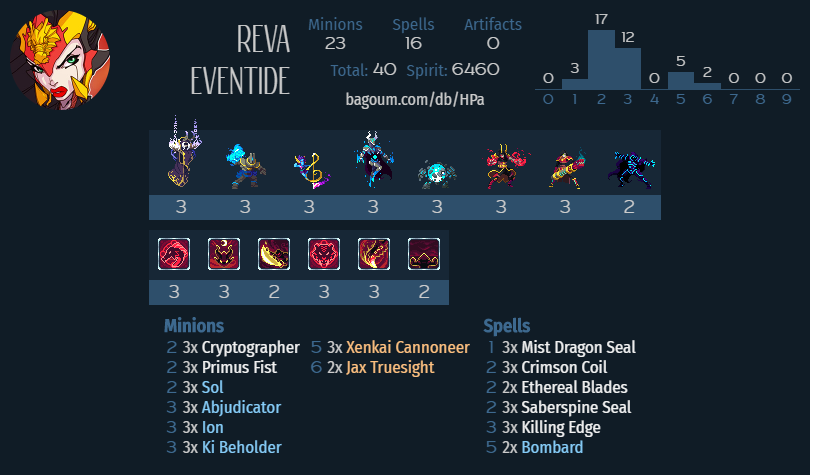 A silly OTK: since Ion does double damage to generals, if you can place one properly, stack lots of buffs on it, and then activate it with Sol, it’s immediately lethal. See here for the original thread by Stratosphere.

Essential to discount all of your buff spells.

Lyonar – Roar is quite efficient, especially if you can stockpile them in hand with Mentor. Decklist here.

Songhai – Goes ok in a deck with other Ranged synergies, but be aware that the combo pieces are disjoint: Ion needs Pet-specific reactivators (i.e., things like Bombard won’t work on it). See decklist above.

Vetruvian – Has the worst individual attack buffs, which makes pulling off the combo kill quite difficult. Decklist here.

Magmar – By going with Vaath, you can use Effulgent Infusion as another decent buff. Decklist here.