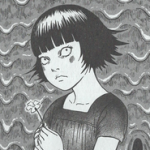 Vanar is by far the least seen faction for Wanderer, and for good reason. However, that is not to say that Vanar possesses no traits that are desirable for Wanderer. For one, they have multiple forms of ramp that can help you play Mythron Wanderer earlier slightly more consisently than Abyssian or Magmar and lets you run more high cost minions in your deck. In addition to this, Vanar also has a lot of cards that create multiple minions when used allowing you to get maximum value from both the Wanderer buff and your BBS.

The most important cards in the deck are Crystal Wisp, Mana Deathgrip and Malicious Wisp. I highly recommend replacing for these so you can play them as soon as possible, this deck has a reasonably high curve and is fairly mediocre if it cant ramp up early. Malicious Wisp is by far the best out of these options, as often by the time theyre able to remove it you will have been able to play Wanderer.

While normally something that you want to replace early on, by the time you reach 9 mana spawning two 5/5’s with the help of your BBS every single turn is often enough to close out most games

When combined with Karas BBS, Grandmaster Embla will generally be enough to finish off the enemy general, as well as grinding the game to a hault a lot of the time as they struggle to remove the walls

I fully understand this card isnt exactly the greatest, but its saved me a surprising ammount of times. Playing an 8/6 that basically says “if you dont remove me, you cant win” is a surprisingly helpful ace in the hole

This card is just wonderful, its almost always a good idea to play gravity well after you draw it

A wider variety of removal

Wanderer Kara can be very nice if played reactively. it runs a decent ammount of removal and pings

Shivers is a downright terrible card, its basically a Crystal Wisp that dies to pings without giving you mana. Unless you really really want to ramp I dont recommend this card.

Razorback was always either amazing or a completely dead card in hand. It can work, but I’d much rather use other cards

A surprisingly decent card for catching people off guard. You could easily replace Dust Wailer with this, pretty underated card

While its not bad, I don’t think this card is worth running without Winters Wake or Mnemevore

I prersonally prefer Aer Pridebeak to Mentor in this deck. You rarely need to replicate your BBS and with Vanars lack of healing I find Aer puts in more work overall

This card is either completely bonkers or useless, almost entirely based on the matchup youre in. VS XorXuul it is absolutely insane, spawning a 3/2 in front of Gor and Sarlac every time they replicate themselves really clogs up the enemy board and takes away their breathing room, although outside of that and swarm the card is pretty bad

Not bad at all, I just find other cards to be more valuble

Same deal as Ephemeral Shroud, although I’d be more likely to run this than Shroud

I havent really tested this card, although I imagine it would actually be pretty nice. Outside of Aspect cards this deck doesnt have a real way to deal with minions that have gigantic bodies and the Cloudcallers stats arent too bad