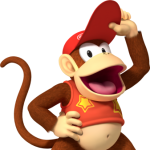 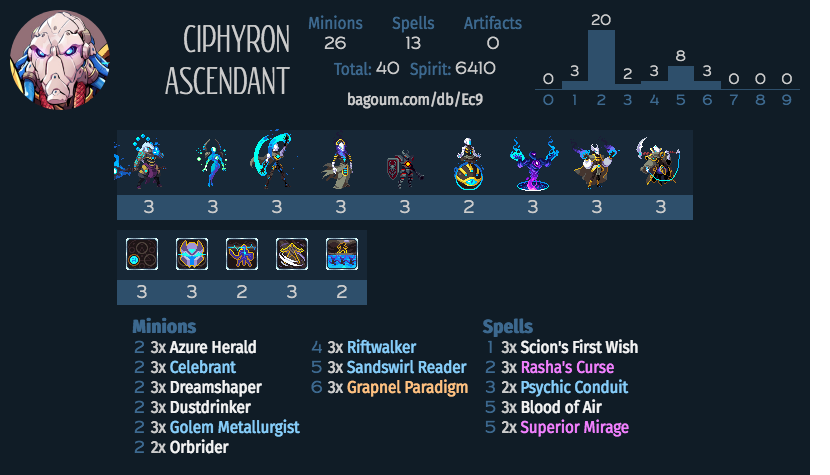 This is my take on the Intensify mechanic, combined with the "mind control" theme so dear to Ciphyron. The intention is to use recyclable burn/ping tools to slowly chip the hp of the enemies and combination with tempo tools and cards that help us take control of enemy minions to turn them against them and... turn the tide. The deck is meant to be used in Gold and Diamond due to its aggressive tools, but since it can deal pretty well against Wanderer lists and has good tempo potential, with some luck and proper piloting could potentially take to S-rank. Special thanks go to Icicle and AlphaCentury for being an inspiration with an Intensify+Synaptic Arbitrage list they've previously worked on.

The main source of damage of this deck is the burn damage dealt by intensified minions, of which increasing damage can be abused when by bouncing them back and reuse them again. Vetruvian provides Dustdrinker and from the Neutral pool we get Riftwalker. Dustdrinker serves as 2 drop and also as main source of ping against the general, while Riftwalker helps us countering Eggs, Heartseeker, Walls, Wraithling and as a secondary ping to push damage. Ideally we should be able to abuse the mechanic by bouncing them back with Orbrider and when not used as removal with Sandswirl Reader.

The deck is flavoured with Ciphyron’s favourite theme of taking advantage of weak and weakened minions aided by its BBS and a couple of other cards; one basically a staple with this General, and one usually neglected but fun and potentially very useful: Grapnel Paradigm and Psychic Conduit. Psychic Conduit mostly will help us dealing with small and distant threats like ranged minions, small tribe/combo minions and enablers like Heartseeker, Furiosa and Kujata, but can be as well used to take advantage of Dying Wish minions, and minions with abilities based on the “every time this deals/it’s dealt damage” system like Sarlac the Eternal or Lantern Fox. Grapnel Paradigm is one of the stars of the deck and will usually be our best 6 or 7 mana option in combo with the BBS to remove threats by making them switch side.

To make the deck more competitive and capable of dealing against more archetypes without losing the direction and consistency, I implemented a few cards that not necessarily have to do with the two main mechanics of the deck but interact very well.

The infamous Golem package couldn’t be excluded from this deck, which consisting in the main source of 2 drops and early game bodies, is the enabler of one of the best drawing mechanic of the game thanks to Dreamshaper.

Obviously Blood of Air and Sandswirl Reader are THE choice when comes to removal cards in Vetruvian, and in this deck they’re excellent for getting rid of the big threats and “answer or die” minions. BoA contributes aggressively by pushing extra damage when needed and Sandswirl helps us occasionally bouncing back our Intensify minions and the Opening Gambit ones like Grapnel.

Azure Herald is enough in this deck to provide us just with enough healing to withstand damage and be able to endure in matches against aggro and burn. In addition, when needed Orb Rider and Sandswirl Reader will allow us to bounce it back and recycle it for extra healing.

Rasha’s Curse could appear unneeded in a deck with already a fair amount of pings, YET this card has proven in way too many occasion to be life saving not just as direct Artifact removal but also as a very useful source of damage against minions and Generals for which is often lethal in those late games when 2 hp can make the difference. Secondarily, combined with Scion’s First Wish will help getting rid of nasty 3hp out of range threats like Bloodtide Priestess or Scroll Bandit.

Somehow mind-steal related due to it “cloning” power, Superior Mirage is a fitting inclusion in the deck not just because has been proven one of the best anti-Rush minions tool (as I like to call it, the “Anti-Christ”…) but also it can be a ton of fun to play. With this card it’s possible to outnumber the opponent forcing them to play awkwardly in order to remove the Miraged bodies, and coming often unexpected can become a very surprising win condition used on high value minions with abilities like Bond, Intensify, Deathwatch, Blood Surge and Replace.

This specific version of the deck is tuned for this meta and as I said to be more effective in Gold and Diamond, but there are a few cards I myself considered adding or using as side board.

To benefit more of the bouncing back mechanic a couple of Falcius could be added for more removal tools, Flameblood Warlock for extra burn, and one extra Orbrider for a more bounce-back dedicated deck.

In alternative to Superior Mirage I considered: a couple of 4 mana options which are Lost in the Desert for more burn/mass removal, and Hexblade as removal/damage pushing tool; another 5 mana option which is Sunset Paragon to deal threatening groups of minions; and a 6 mana option for a slower list with Aymara Healer as heal+burn tool, especially effective against Vaath and lists which lack of Removals and Dispels.

The main idea is too stacks some rift walkers in your deck with mirrorim, return them in your hand with orb rider, and just explode ennemy general and minions ^^