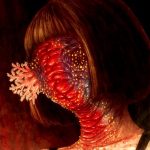 I learned firsthand that having a harem irl can be mostly foolish- Having enough time and energy to go deep in those connections is an unsustainable model. But in the world of cardgames, magic is real.

fuckin, you know what, here’s my manifesto,

(this is a real deck, i am serious, but i dont wanna write an essay about it, just run and kill, you will get it, but beware you need to set yourself in a position to either cluster the enemies so you can run away better with tracer in the late game, or spread them out so that you have openings to stall more with Beast or Icy and maybe Hailstone, but both Hailstone and Beast are more of a late game tool so, hold out on casting them, you wanna surprise the enemy with these plays, because they mean that a game which was going to end before Warbird killed them is now being enlongated towards that inevitable destiny)

and then, Venom Toth is great, if you ignore it, the rest of the aggro shell + Faie kill you, aside from it being a 3/3 body that can be teleported in with Hearth Sister,

and then, Replicant fuckign dreaws you cards and is a bdoy can you imagine that,

and then, Araki Headhunter is a master of killing the opponent’s tempo being a 2 drop that people are afraid of not answering, which could be hard if you make it backline,

and then, Repulsor Beast is actually good late game removal in an aggro setup because 2 damage is 2 damage, and i mean the 2 general damage you will be trading from pushing bodyblockers away,

So you have these boys- my lovers- to help you kill the opponent. Not all is made out of killing. So you just stall with other tempo boys and deal with backline threats with Chromatic Cold + Hailstone Prison.

Silhouette Tracer can invert the tide especially if you use it to bodyblock the most important threat- because now you are far, and Warbird + Mentor + Flameblood are good clock, + Icy freezing them off, + Repulsor Beast keeping em off, + hailstone and stuff whatever man

watch utena(do not, read subahibi instead), but absolutely make art everyone