Aerial Rift is much maligned as a card that doesn’t really do anything. In this deck, it does everything! 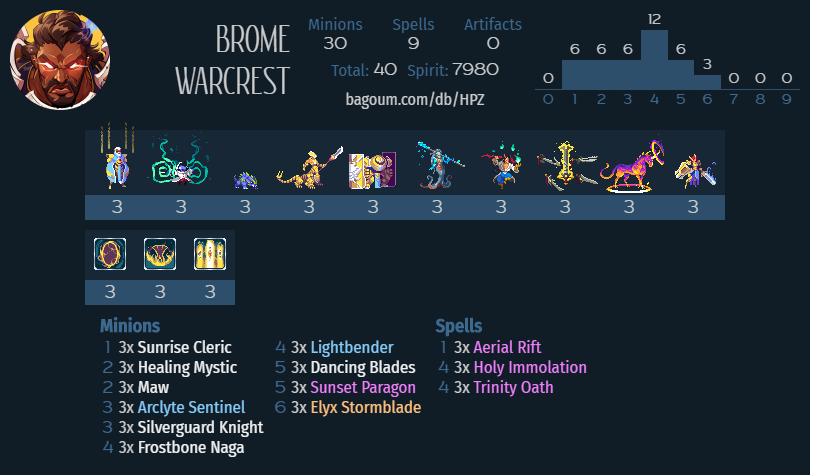 Inspired by a deck someone put up on one of Boronian’s streams a while back; unfortunately, I forget the name of the poster.

The idea is simple: by running Aerial Rift, you can totally break the symmetry of the AOE Opening Gambit minions, and then ride the tempo advantage to victory.

Other strong minions without any particular Airdrop synergy. Elyx is a big finisher, and can help your team recover from any awkward positions they were Airdropped into.

Lyonar’s strongest spells. Immolation is particularly easy to use here with your superior positioning capabilities.

Other strong minions that do something closeby to where they are.

Like Titan without Titan, controlling the board with minions. Like Tempo Argeon but with Brome instead, due to the anti-synergy of Roar. You have trouble finishing games, but great tempo tools earlier on, so really push the advantage once you establish it.

Titan list piloted by PonchoMango in the playoffs of the Meltdown League.