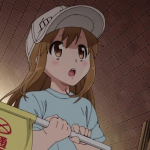 Went 27-8 (77.14% winrate) into S-Rank at the end of the October 2018 season with this list. Honestly, the deck is pretty toxic and can win any matchup because you can deal stupid amounts of burst damage at just about any point in time. If you're tired of playing memes, want to rank up, and know how to play a value-oriented combo deck — have at it.

Honestly, there isn’t much to say. Hard mulligan for a turn 1 play, try to get as many minions to stick as possible, and make sure you’re always counting lethal because you can kill people scary quick with this deck.

Yet another eggs deck.

The most epic of worldcore golem memes. Completely foolproof. This will catch them by surprise and make your opponent throw his mouse against the wall.

Combo for the OTK.