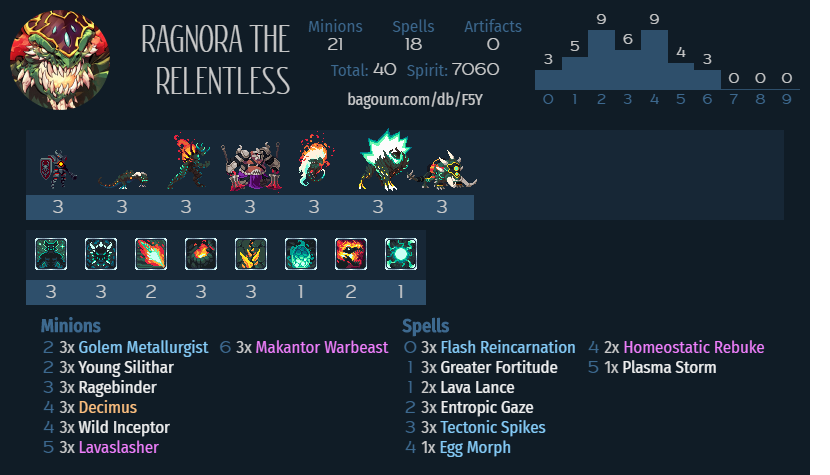 A standard Combo Ragnora list ft. DeciSpikes as an alternative win condition against decks that give +Attack on their general (Vaath, Zir'An), Artifact-heavy decks (Arti-Hai, NoSE Sajj) or those that run Provoke minions (Argeon, Brome)

Hit S-Rank this season with this deck - Really good against unsuspecting enemies who don't play around Deci-Spikes (which was in-fact, where most of my wins came from)

This type of deck has been play-tested by DeathsAdvocate in his thread, thought I’d post my own version in Duelspot since there isn’t any in here. Special thanks to DA!

As both the strongest general and one with crucial and powerful cards at common or lower Ragnora is an ideal budget general.

Wanderer Ragnora list piloted by Ryvirath in the playoffs of the Meltdown League.