Burn That Bridge When We Come To It 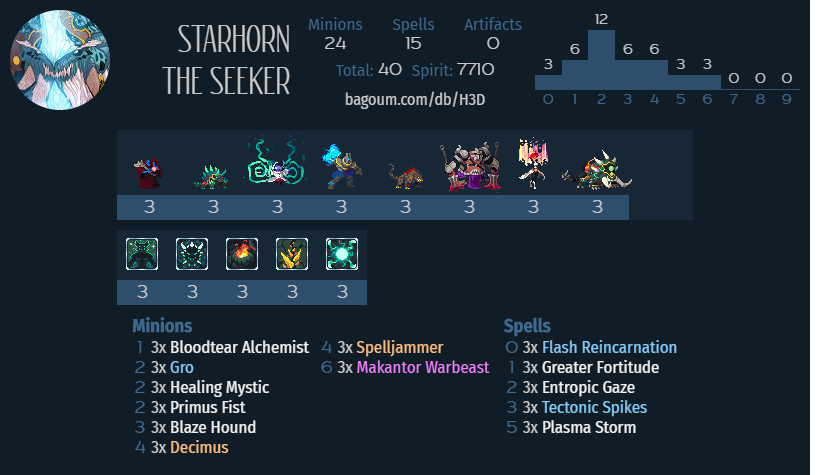 The combination of Decimus + Tectonic Spikes is one of the best finishers in the game, dealing 9 immediate damage and threatening more if your opponent is still alive. It works best in an aggressive, low-curve deck lead by Starhorn, who supports both halves of the the combo and who provides the fuel to allow you to dump your hand early for damage.

The finishing combo, and the Magmar Jesus.

Cheap spells that help you to churn through your Action Bar quicker.

Pings/AOE to deal with artifacts or swarm strategies.

Various Golems with strong bodies to shore up different parts of the curve.

A straightforward build with an emphasis on buffs.

An adaptable build that can function both as aggro and control.

A midrange build featuring some really big minions. Weak against hard removal/dispel, but if any of your big things survives a turn, Tectonic Spikes usually means lights out.