A combo based swarm Lyonar deck that attempts to establish a high-health board of low cost minions and then finish the game by buffing them with a Liturgy. 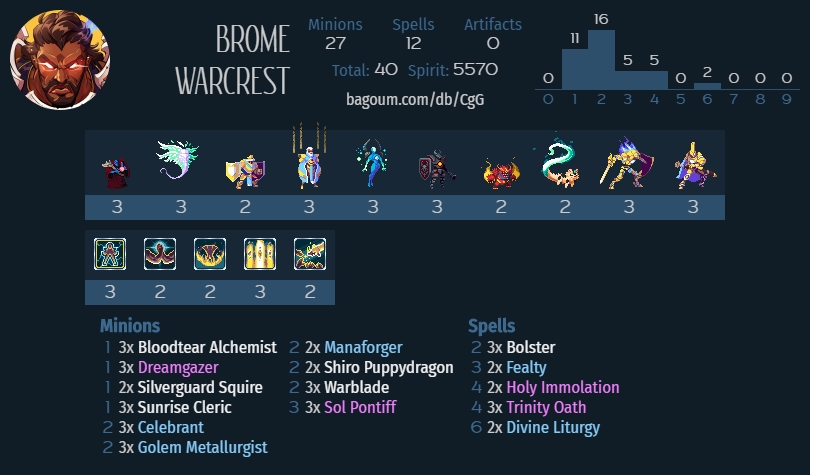 Optimally at this point in the game, you will have been able to establish a board full of minions while maintaining a decent hand size. So now what you want to do is start buffing your minions and using your early swarm advantage to start pushing your opponent back and picking off their early minions. In general, you’ll want to be trading into face with minions that have greater than 3 power but saving the health on minions with less than 3 power unless they are clearing other minions. This is also a time when you’ll want to start looking for a Liturgy to close out the game.

At this point your opponent will probably be taking back the board. However, as long as you have 2 or 3 reasonably sized minions left you should still be okay. This is the time when you’ll want to close in on the enemy general and take them out by using Liturgy to buff what minions you have left.

The decklist piloted by 4LW in the playoffs of the Meltdown League.