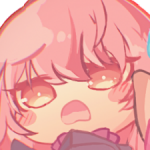 Spirit of the Wild

Blood Faice is a deck which aim is to burn the opponent down like Classic Faice decks through reckless face-trading and plenty of burn.
However what makes Blood Faice different, is that it makes use of the lack of health on our general to summon our boss card—-The Blood Taura. At a low cost, it becomes easy to play the Vanar Spell— Spirit of the Wild in tandem with him in order to create a 12-damage burst.

Blood Faice employs a consistent hit and run strategy. Using freeze spells to disrupt our opponent taking the mana tiles until the last moment, we are able to focus more on getting our mana up to make our 2-card per turn plays without the opponent managing to create much or any tempo at all. The game plan is to hit hard and whenever possible, while cycling through the cards in your deck efficiently.

Flameblood Warlocks are our main enablers and the primary 2-drop for our game plan. As Player 1, you can play it near the mana tile for you to ramp to 4-mana and play your Spelljammer next turn. It can also be played alongside any of the 2-mana cards we have against slower decks as Player 2.

It is also good to note that Flamebloods are ONLY 1-mana discounts to the Taura-Spirit combo if you are playing them on the same turn.

Hearthsisters are just solid for your Warbirds, it also gives you reach across the battlefield or to get your Taura out of a Provoke range. There are many applications to minion teleportation, but you should be able to understand that if it’s not your first time playing Faie.

You can also open with Hearthsister as Player 1 if you don’t get Flamebloods in your starting hand.

Icy —– Treat this minion as a freeze spell so don’t play it for tempo. It is an alternate Frigid Corona which can be extremely useful against artifact-based decks since it allows you to stun the general instead of only minions. It also allows you to set-up a cross-lock (minions in vertical and horizontal spaces) against the opponent so they won’t be able to move the next turn.

Alcuin Loremasters are the supplements for your Warbirds and Flash Freezes, enabling many of the synergies in this deck. You can Flash Freeze twice with Alcuin. It can also fetch you a second turn of invulnerability when used with Concealing Shroud.

Disciples of Yggdra are 5/5 bodies that create sufficient threats for your opponent to burn resources against. It can be summoned easily with your Flash Freezes, or Frigid Coronas early. When not dealt with, it can give you two attacks with it’s in-built recovery effect. That’s already 10 damage.

Spelljammers act as the backbone, our primary draw engine in this deck. You HAVE to ramp this out whenever possible. If the opponent doesn’t play much minions, it is fine to trade face with it as it would be fine too if they burn resources to deal with it themselves. The “downside” of having your opponent draw is irrelevant.

And as the deck’s core, we will still be using Blood Taura. However, the focus has shifted away from him as our boss monster and instead becomes a lethal mechanic enabled by our rash trades and against more aggressively-positioned decks. As such, 2 is oftentimes enough to avoid having it as a dead draw.

Flash Freeze is a core spell. Never replace unless you have 2 of them in hand without a Yggdra’s Disciple. You can use it as Player 2 against an extending minion close to a mana tile to disrupt a potential ramp.

Chromatic Cold isn’t very useful as it has a reactive nature. For cards that extends to later stages of the game, having a possibility of ‘bricking’ with 2 of them is extremely bad. However, you can replace this number with your own variant if you find a 1-off inconsistent.

Concealing Shroud gives you one more turn to find lethal. You can use it to protect yourself against your Flamebloods, environmental spells, and even protects your artifact charges efficiently. But only use/keep it when your health total becomes noticeably risky against a board/combo you’re expecting to come next turn.

Frigid Coronas enables Yggdras, cycles and keep your card total high while giving you an excuse to pass a turn with just a minion played. Helps to keep your Spelljammers alive as well.

Hailstone Prisons ‘removes’ heavy minions that can no longer be dealt with simple stuns (they have sustaining effects that affect the board and gives your opponent snowballing benefits).

Blazing Spines are best played on the turn that you can, like Spelljammers but for a different purpose. They can ‘block’ the taking of early mana tiles, and can force your opponent to position differently. You can use Hearthsisters to untouched Spines for up to 6 damage on anything on the field.

Glacial Fissure… It is unclear how many times people have walked into this. You can with your opponent too, if you’re feeling ambitious since it gives you discounts on your Taura.

Avalanches… Same reason as above. But you can make a situational spell like this more ‘consistent’ by luring them to your side of the board. You can use minions to achieve this, or even Blazing Spines so they feel inclined to move towards a certain space.

Spirit of the Wild is not just simply for Blood Taura. You can also reactivate many minions in this deck for lethal. For example, 2 Flamebloods with Spirit give you 12 damage (with their Opening Gambits). Blazing Spines give 6, activated Yggdras give 10, and so on.

During the mulligan phase, it is ideal that you try to land a Spelljammer, Flash Freeze, and Disciple of Yggdra in your starting hand.

Stop trading face when the opponent is about 14 health or lower, you fool. The art of Kamikaze isn’t so straightforward. Health management is nurtured at a young age.

It is also important to never drop below 3 cards at any given turn.

As with every deck, practice makes perfect. Play-testing it a few times on ladder is the only way to hone your understanding how the deck paces itself against different decks and generals. It is up to the player itself to take a deck to new heights, as a famous player once said: “You can get any deck to S-rank if you’re good”.

Thank you for reading, and happy smashing