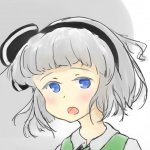 I've been playing this deck for at least a year, it does its job really well in S rank, having hit top 10 multiple times.

It’s an Apex deck based on Midrange Vaath deck, having higher mana curve and trying to gain the maximum value from Evolutionary Apex.
Due to this property, Apex is not a necessary win condition, you can play like a normal midrange golem deck if your starting hand allows you to.
Some may argue that Apex depend heavily on luck, not being stable enough, because it pulls out enemys’ minions as well.
But with Makantors and Elucidators it can clean the board or snipe high value target very easily after dropping Apex.

An exceptional scenario I’ve already mentioned above is having an low-mana starting hand, you can just play aggro like a normal Vaath, but let’s focus on the game plan about Apex.
The main goal is using Apex to win, so you’ll want to rearrange your action bar into a big bomb while trying to find Apex.
Remember to replace cards every turns for potentially best outcome, while playing low mana minions or spells moderately to prevent overdrawing.

Abjudicator makes Apex cost only 6 mana, one of it’s important effect is to pull rivals’ trial card out, stopping the destiny.
Since most of the trials completed around 6 mana turn. Noticed that only unlocked trial can be pulled out.
For example if your rival’s running Xor, and only 4/6 at 5 mana turn.
A good plan is to wait for him to complete the trial next turn, which is basically impossible to drop Xor at the same time.
(However sometimes they can still manage to DFS + Aphotic.)

Uper Hand is to kill some early threat especially Malicious Wisp, you can’t afford the mana lose.
Vaath’s Brutality is a very good early card, it can stun enemies to maximize AOE cards’ value like Rebuke and Plasma Storm.
And also gives your general +atk to clean the board more easily not only in early game, but also after dropping Apex.
Due to Grandmaster Kraigon gives your general frenzy, the higher your general’s atk gets before Apex, the more easier to clean the board after Apex.

The most important 2 are Kraigon and Makantor, keep at least 1 copy of both of them. (Kraigon can keep only 1 copy, while Makantor is the more the better.)
Elucidator is just a substitude for Makantor. And Juggernaut, Blood Taura are substitude for Kraigon .
It’s very important to have at least 1 rush minion in action bar before Apex, to clean rival’s high value minions you pull out.
So don’t drop Makantors too hurry 1 turn before Apex. Ideally, Rebuke or Plasma Storm 1 turn before Apex. To do so, plan your game carefully.
If you still not have Apex on hand, Lavaslashers, Makantors and AOEs can help you, just don’t replace Kraigon, or you will regret while drawing into Apex at 7 mana.

Drop the Apex, clean the board.
If your action bar is shitty, Saurian Finality is the reset button for you.
Keep trying to arrange your hand into a bomb after it, or just get lethal by it.
Sometimes Flash + Kraigon or Juggernaut can also win the game for you.