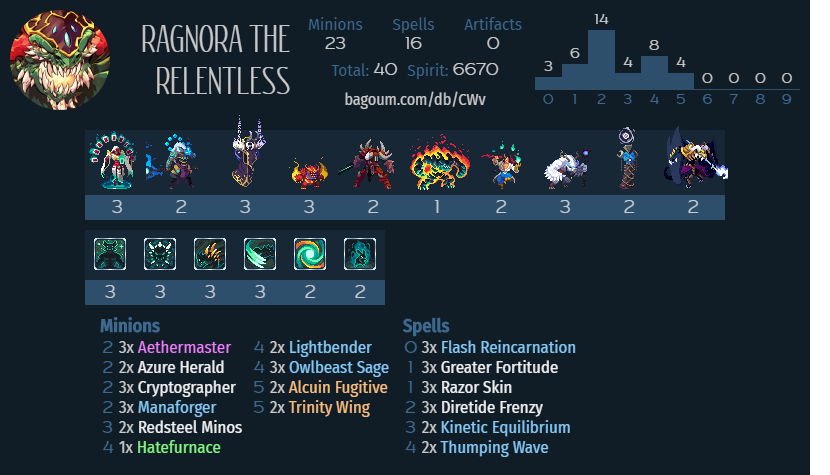 So I’m going to say this first and foremost. DO NOT TRY AND POWER OUT HATEFURNACE! There are decks that attempt to do that but that’s not what this deck is trying to do. This deck is a synergistic combo/control deck where you attempt to land sticky minions and control the board and then win either by achieving a natural Hatefurnace or by sticking a ripper and buffing it to close out a game. That being said I believe that the combination of Rippers and Arcanysts often create enough trouble for your opponents that you will either be able to survive to the point where you are able to play Hatefurnace or are able to close out the game more naturally.

In the early game you are primarily looking to try and find and stick an early Owlbeast Sage to start really solidifying your board or attempting to use Cryptographers to develop multiple Ripper eggs in the hope that at least one will survive. From there you need to attempt to sequence your cards in a way such that you are able clear as much of your opponent’s board as possible either by buffing your own minions or by using spells such as Kinetic Equilibrium or Thumping Wave to remove your opponents minions that they play out of your reach.

Moving into the mid-game you are generally probably going to be somewhat low on cards while optimally having gained control of the board. From there the goal should be to either land a Trinity Wing or an Alcuin Fugitive which will allow you to recoup your card loss and give you strong backline threats that will help to stabilize you while you either push up your Hatefurnace counter if the board is at parity or help to push you towards winning if you’re already.

Once you reach the late game your Hatefurnace counter will probably be nearing completion and once that’s done you can turn on the aggression as there are few decks that will be able to outvalue the pressure you’re able to put forward.

I will say that while I don’t think this deck is overpowered in any real way it does have to potential to do quite well. That being said it is not a very linear deck and both in building and play it I’ve found the best lines of play aren’t always super clear meaning the deck itself is not super easy to just pick up and play. I will say though that this deck does feel super rewarding when you do play it correctly and I do feel like if you put the time in to learn it then you’ll end up with a very non-linear deck full of fun synergies and combinations!