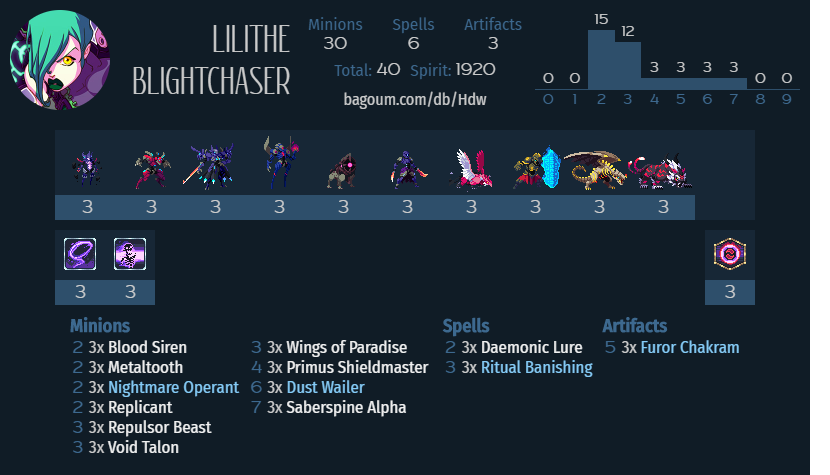 Furor Chakram is one of the best Abyssian cards, and makes appearances in many minion-based lists. If you build around it more by playing (pseudo-)Rush and evasive units, you can get some massive blowouts.

These have Rush (or “Rush”) or Flying. Ideally you want to have an active minion ready to swoop in the turn you play Chakram, and then follow it up each subsequent turn with another minion that can immediately attack, so as to keep up the pressure. Void Talon deserves special mention – while it doesn’t technically have Rush, it acts more or less similarly to a suspended Rusher, and although opponents will play around it by running away and with bodyblocks, you can often catch them by surprise when you use it in combination with the support cards below.

The signature card, and very important to your gameplan. Against most decks it’s even worth holding a copy in your opening hand.

Minions that help set up good Frenzies. Siren forms a nice combo with Talon, often allowing you to get in a hit while leaving it alive.

More Mechs to turn on Metaltooth. Replicant is your only source of actual extra card generation – otherwise, you have to rely on Chakram for on-board card advantage.

It’s a struggle to establish a board in the early game since all your 2-drops have only two health, but on 3 and 4 mana you can hopefully get something to stick (by playing it safely on the backline, or just through having higher health). Games usually swing around you being able to have a big catchup turn by equipping Chakram and Frenzying down a big chunk of your opponent’s board. Afterwards, keep your face safe and find more Rush units to clean things up. If you’re lucky, you can repeatedly Frenzy every turn, which will swiftly wear down your opponent and lead to victory.

The natural upgrade card is the epic Abhorrent Unbirth, which gives you an actual finisher to work towards. See here for my relatively budget take, at double the spirit cost of this deck. If you have a more complete collection, you can include some powerful legendary synergistic minions like Letigress and Spectral Revenant.